Rick And Morty Season 6 : Release Information, Including The Trailer

Rick and Morty Season 6 will “premiere internationally and across the multiverse.”In the Rick and Morty Season 5 finale in September 2021, the Morty Smith variant known as Evil Morty blasted his way out of the Central Finite Curve, leaving us all wondering what mischief Rick Sanchez C-137 and his grandson will get up to next now that their greatest villain is presumably out of the picture. Less than a year later, Adult Swim announced the Season 6 launch date, which is much closer to the previous seasons’ egregious gaps in time. Could Evil Morty make a comeback? How many Beth Smith incarnations exist today? When will fresh episodes start to air? In addition to that, here is everything else we currently know about the forthcoming season.

On what date does Rick and Morty season 6 commence 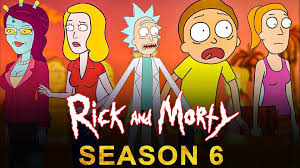 Mark On your calendars, mark Sunday, September 4, 2022, at 11 p.m. Eastern because Adult Swim announced on July 27, 2022, that Rick and Morty Season 6 would “premiere internationally and across the multiverse.” Season 5 ended nearly exactly a year ago to the day, and this season will start in September for the first time ever. The pace of production has sped up significantly since Adult Swim placed a May 2018 order for 70 additional Rick and Morty episodes. The network promised that Season 6 would air sometime in 2022 during the Adult Swim festival in November 2021, and it will keep its word. 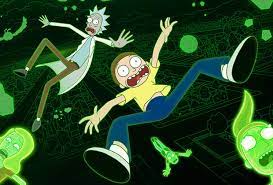 Season 4’s first half aired from November through December of 2019. The second half was then shown in May 2020. Just over a full year had passed before Season 5 aired during the summer of 2021. Before the two-part Season 5 finale in September 2021, it took a month-long break. That indicates that there was a pause of roughly a year between the Season 4 conclusion and the Season 5 premiere, which is exactly what is occurring once more. It is likely that there will be a year between each season going forward. Season 6 will premiere in the fall of 2022, which is exactly when we had expected. Rick and Morty Season 6 will “premiere internationally and across the multiverse.” What kind of airing schedule we’ll receive is the actual question at this point. Season 4 was cleanly divided into two with nearly six months between, but Season 5 went virtually nonstop until taking a month-long hiatus before the two-part season finale. Justin Roiland, a co-showrunner, previously suggested to Inverse that Adult Swim would release a new episode every month to “make it a big event.”

Is there a teaser picture for Rick and Morty season 6 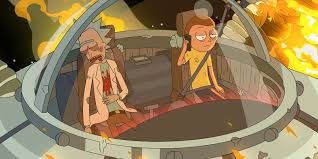 Yes! In the first Season 6 still, Morty and Rick are both “ripped and ready,” as hinted on Twitter. To display their impossible-to-see abs, the two are seen wearing crop top versions of their usual shirts. Not much can be inferred from this. For all we know, it may come from a random scene that was added to the new opening credits montage. Rick and Morty Season 6 or It could also be a side joke in a cold open that has nothing to do with the episode’s narrative. Hey, maybe the entire show is about them being jacked? (For the record, we’ve seen them both without clothes before, and we can’t see any muscles on them, so this is definitely something new.) In any event, some of the characters in Rick and Morty have become a little obsessed with extreme fitness over the years. Rick and Summer famously use steroids to bulk up at the end of the Season 1 episode “Something Ricked This Way Comes” so they can fight the Devil and some bullies. In “Rickmancing the Stone” from Season 4, Morty also acquired a bulky Hulk-like arm. But these modifications were just transient. Jesus Christ appears in the Story Train to save Rick in the Season 4 midseason premiere episode “Never Ricking Morty,” and this specific image surely brings to mind that hilarious scene. In reality, Jesus is equally as fit as the Story Train’s conductor. In fact, an NSFW phrase used to describe Jesus’ abs skyrocketed on Google following the show.

Read:  Queenslandmax - Is It Safe Or The Best Site For Streaming?

Does a Rick and Morty season 6 trailer exist 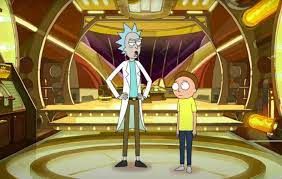 Although there isn’t a trailer yet, the good news is that one should be available very soon now that the launch date has been confirmed. They have typically been made available between one and three months before the season’s start. That makes the time of the Season 6 trailer rather clear: From August 5 to 7, Philadelphia will play host to Adult Swim Fest, and on August 6, at 1 p.m. Eastern, a Rick and Morty panel will start. The event description states, “All new Rick and Morty Season 6 is upon us.” Join Rick and Morty’s cast and crew for a discussion about the upcoming season and an exclusive sneak peek. Normally, “exclusive first peeks” only contain a single scene from the program, but based on past experience, we predict that the panel will also include the whole Season 6 teaser, as well as perhaps the opening scene from the premiere or possibly the entire episode. There’s virtually no way to know what Adult Swim has in store because of how much each season’s advertising calendar has differed. However, Michael Ouweleen, president of Adult Swim and Cartoon Network, did drop an intriguing teaser: “As we prepare to premiere this soon-to-be historic season, we will be providing viewers a unique chance to join in the celebration – so keep your eyes open.” Hopefully, it’s a lighthearted social media effort and nothing to do with NFT. 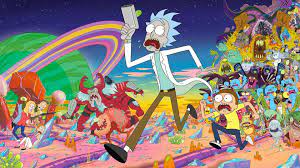 The majority of Season 6 is definitely wrapped up if we have a launch date, but there is always a potential that the production staff is still working on a few episodes from the end of Season 6. According to a tweet by Cody Ziglar, the writing for Season 7 was finished in the writers’ room as of August 2021. He writes, “We all peered into the depths and saw the face of God, and it was a Gundam. God runs the Naruto route and is a Gundam. Rick and Morty Season 6 will “premiere internationally and across the multiverse.” Unprecedented. ” That seems a little absurd, so this could have been a troll attempt. Did they truly complete Season 7’s writing? Whatever the case, it appears like Season 6’s writing has already been completed. During the current season, I frequently get Seasons 5 and 6 mixed up.Dan Harmon said at PaleyFest NY in October 2020: I’ll be evaluating an animatic for a late Season 5 episode right after this panel. However, it is still extremely late in the season. While writing Season 6, I considered the seasons’ finales while also polishing both their premieres and finales. The fact that Harmon and co-creator and showrunner Justin Roiland are involved in every step of the process makes things a little unclear. That late Season 5 episode hadn’t even started the animation process yet, which can take many months if they were examining an animatic. The Season 6 finale was being actively scripted at the same time that the Season 6 premiere was being polished by the writing staff. The crew had begun scripting Season 7 more than six months later, according to a tweet from series creator Alex Rubens in February 2021. And Cody Ziglar confirmed in an August 2021 tweet that scripting for Season 7 was complete. Therefore, it appears that it takes around six months to write a complete season.

Read:  Top 20 Werewolf Movies You Absolutely Need To Watch In 2022

What is the story of Rick and Morty in season 6 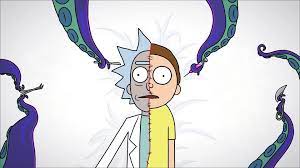 The season 6 synopsis, which is completely official yet quite chaotic, is as follows:

Season 6 of Rick and Morty has begun! Pick up where we left off, looking worse for wear and struggling. Will they be able to recover and go on new adventures? Or will they drown in a sea of faeces? No one knows! Piss! family! Intrigue! Several dinosaurs! More booze! It’s time for another season of your favourite program. So there will probably be a lot of dinosaurs and urine, but other than that, who knows? What occurred last season is as follows:

Spoilers for season 5 of Rick and Morty’s afterlife 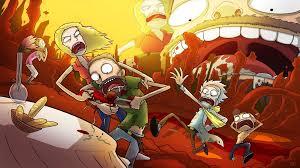 Before we talk about the last two episodes of Season 5, which had some really big plot twists that might change the show for good, let’s look back at some important things that happened earlier in the season. In the main timeline of the program, the Beth Variant known as “Space Beth” from the Season 4 finale still exists, although she didn’t make an appearance at all in Season 5. Following an early Season 5 episode that develops their romance, Planetina, Morty’s girlfriend with abilities similar to Captain Planet’s, is still alive. Both of these characters, as well as Naruto, the enormous incest child created from Morty and Summer’s DNA, could make another appearance. Additionally, Birdperson has finally made a comeback, so anticipate seeing him occasionally. Rick and Morty Season 6 will “premiere internationally and across the multiverse.” The Citadel and the majority of the Mortys and Ricks onboard were sacrificed in the Season 5 finale, but the most significant event was that Evil Morty shot himself out of the Central Finite Curve and into the larger multiverse. This episode revealed that the series’ main Rick, Rick C-137, was involved in the creation of the Citadel and the construction of a wall dividing a region of the universe into all other realities where Rick was the brightest man. In a sense, Evil Morty escaped from the part of the multiverse where Ricks rule as the dominant species. Rick’s supply of portal fluid could possibly be depleted as a result of the collapse of the Citadel. He throws an empty portal pistol to the ground in the Season 5 finale as they take off on a piece of the Citadel. It’s possible that portal technology won’t function at all anymore. The Central Finite Curve itself could have been destroyed as well. Early Season 6 will have to swiftly come to terms with some of these issues.

Will, there be a second season of Rick and Morty 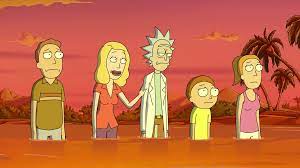 After Season 6, Rick and Morty will undoubtedly air for a few more seasons. In May 2018, Adult Swim and Time Warner ordered an additional 70 episodes of Rick and Morty. Rick and Morty Season 6 will “premiere internationally and across the multiverse.” Along with the 10 episodes from Season 5, all 10 of Season 4’s episodes are included in that sequence. We anticipate at least 50 more episodes of the series beginning with Season 6. For the foreseeable future, it is reasonable to anticipate that there will be 10-episode seasons, so this current order may cover everything through Season 10.

Will there be a season 6 of Rick and Morty?

The sixth season of Rick and Morty will debut on Adult Swim on September 4.

Will Rick and Morty have 7 seasons?

The crew had begun scripting Season 7 more than six months later, according to a tweet from series creator Alex Rubens in February 2021. And Cody Ziglar confirmed in an August 2021 tweet that scripting for Season 7 was complete.

Will Morty the villain return?

Although the story of Rick and Morty Season 6 has not yet been made public, it is anticipated to focus more on Evil Morty. Evil Morty traveled to a different dimension at the conclusion of the fifth season. The backstory of Rick Sanchez (Roiland) will be revealed in Season 6.

Previous ArticleSuperman and Lois Season 2: What We Know So Far
Next Article 20 Best VPN Download For PC in 2022 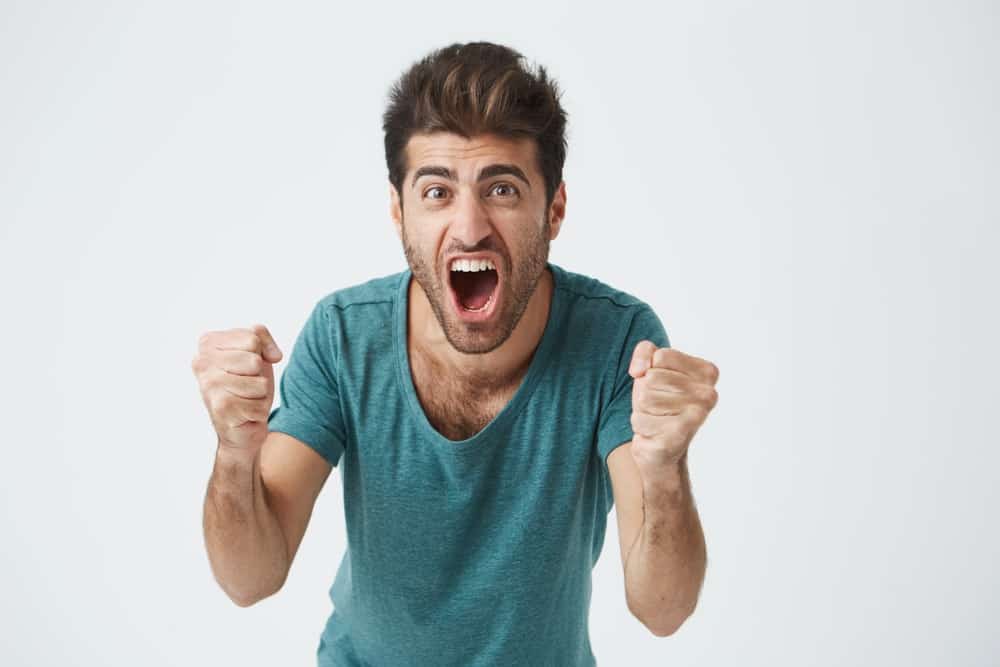 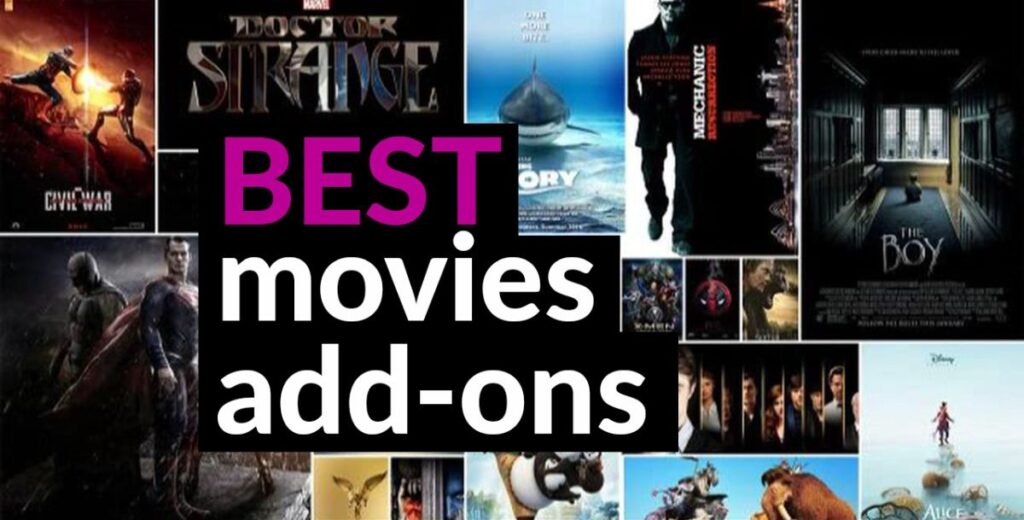 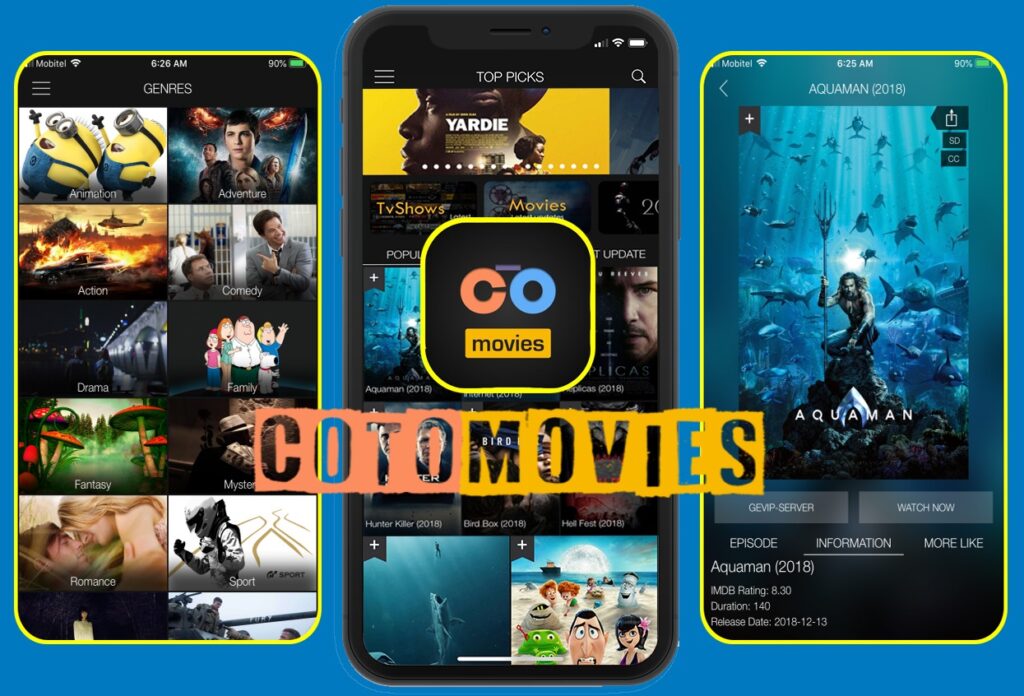