In this article, we learn about the installation of node unblocker. You will need a web proxy to route your requests through if you want to surf the web without being seen, scrape the web without getting blocked, or get to the information that is only available in certain places. You can buy a ready-made web proxy, which, depending on your needs, may be expensive and overkill. You can also make your own with a web proxy library like node-unblocker, which lets you get around internet filters and scrape sites.

What is the Node Unblocker? 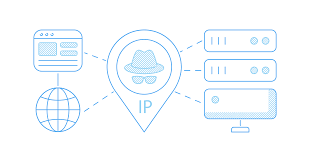 Node Unblocker is a general-purpose library for proxying and rewriting external websites, which allows you to do the following:

Node Unblocker is a Node.js library built on top of the well-known Express framework. This makes it incredibly familiar and simple to use for any Node.js developer who has previously used Express.

Simply attach the URL of the page you wish to obtain to the /proxy/endpoint, and the Node Unblocker server will retrieve the content using the machine’s IP address.

Node-Unblocker is a fast and effective proxy alternative because all data is processed and sent to the client only when it is needed.

How to Install and Run a Node-Unblocker Server 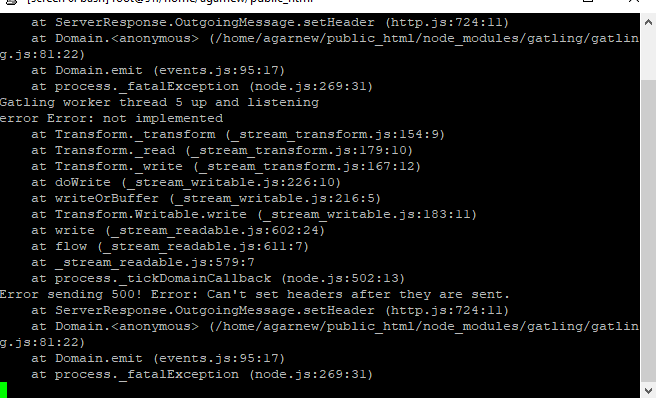 Setting up a Node-Unblocker server is simple, especially if you’ve used Express before.

Step 3: Start and Run Our Server 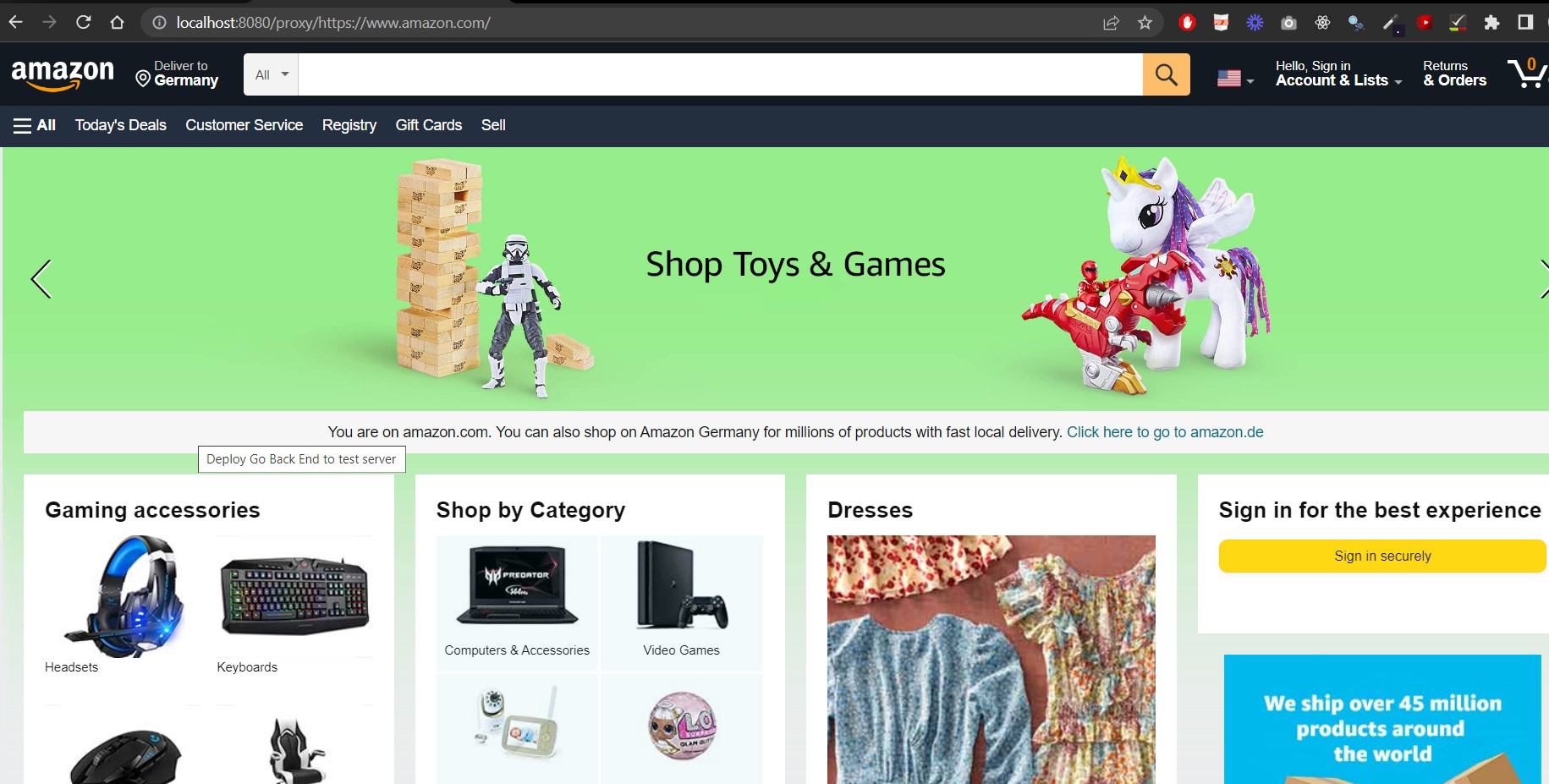 We can now use our simple node-unblocker server as a proxy to pass our web scraping and browser traffic through.

Setup Our Server for Deployment

Before we can put our proxy server on Heroku (or any other hosting service) and use the IP address of the Heroku machine, we need to update our package. 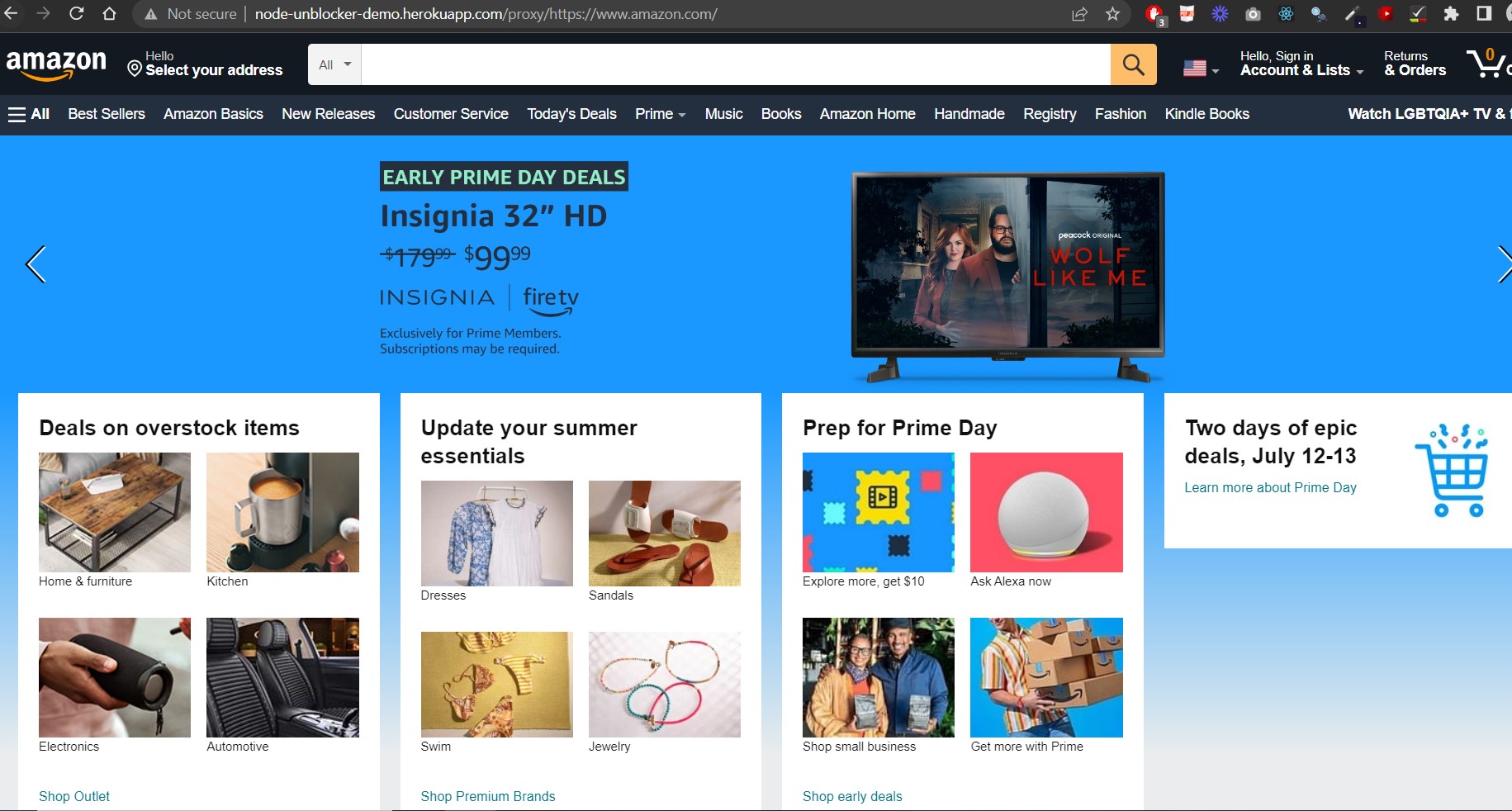 Create a free Heroku account, install the Heroku CLI Tool, and create a new app on the Heroku dashboard if you haven’t already. 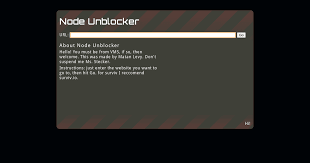 We can scale this up and build our own proxy network by putting node-unblocker servers on several computers.

Install the server code on many Heroku servers or hire cheap remote servers like Vultr (servers start at $2.50 per month), and then set your web scrapers or bots to use a random server from this proxy network with each request:

For example, using Python Request Scraper, you might execute the following:

Okay, you now understand how to set up and install a basic proxy server.

However, by utilizing Node-Unblocker middleware, we can have access to a plethora of additional functionality that may be used to make our proxy servers more powerful and useful when web scraping or employing bots. https://www.amazon.com 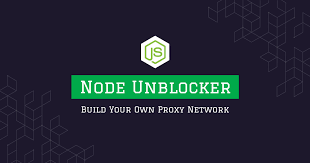 “Middlewares” are simple functions that allow us to change requests and answers as they are received by our proxy server.

The majority of Unblockers’ functionality is provided via middleware. However, we can simply set our own custom middleware to replace or supplement the default middleware.

To alter Unblocker’s default middleware, set standard middleware: as false and then only activate the middleware you want.

The Benefits of Node Unblocker Middlewares

Using Requests & Responses Middlewares with Unblocker is helpful because you can easily abstract a lot of the details of your proxy setup to your proxy server and then let your scrapers and browsers send requests there.

Instead of keeping and managing the proxy header and user-agent settings in each scraper, this logic would be stored in your proxy server and applied to every scraper request.

you are making your proxy architecture much easier to maintain.

Response Middleware as an Example

Previous ArticleTop 20 Best Defenders In The World Football History
Next Article What is 2KMovie? 20 Best 2kmovies Alternatives to Watch Online Movies in 2022